Hello! It’s been two weeks since my last TSC. I did not forget to make one last week, I just wasn’t able to do it because all of a sudden, my laptop’s charger decided not to function. So, I’ve got no choice but to skip last week.

So here we go…

END_OF_DOCUMENT_TOKEN_TO_BE_REPLACED

It was in 2013 when my sister booked us a ticket to Bacolod City for a week-long vacation. I don’t have any idea what is in Bacolod City, except for Calea. So I was ecstatic upon knowing that finally I will get to taste the cakes from Calea! I didn’t know that I was in for a bigger surprise.

October 2013, when we landed at Silay Airport, I was shocked when we were greeted by loud music from people wearing masks, drumming their heart out in a festive tune in the airport. Man, it turned out it was Masskara Festival! And my sister didn’t even bother to tell me. I thought I was just going to eat for the whole week (which is not a problem with me)!

Masskara was my first festival, and it has been my favorite festival since then. After that week-long vacation, I have fallen in love with Bacolod. I love the festival, the people and especially the food! And to prove that point, I’ve been there 3 times already since 2013.

There are a lot of reasons to love Bacolod, but on the top of my list will always be their food. During that vacation, I learned that Bacolod is the Sugar Capital of the Philippines! No wonder restaurants and cake shops are everywhere! My favorite street is Lacson Street, where the Masskara Parade was also held. If you’re ready to gain a little weight, then come and visit Bacolod!

END_OF_DOCUMENT_TOKEN_TO_BE_REPLACED 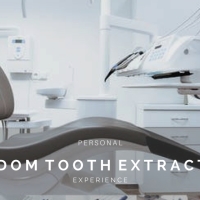